The Amazing Similarities Between this Toxic Sugar and Alcohol

You may already be aware that fructose – the sugar found in everything from high fructose corn syrup and fruit juice to agave syrup and honey – is harmful when consumed in excess – which is exactly what many (if not most) Americans do.

However, you may be surprised to learn that fructose is, in many ways, very similar to alcohol in the damage that it can do to your body.

So while you may already be exercising caution by not overconsuming alcoholic beverages, it may be time to take a closer look at the equally potentially damaging effects associated with your intake of sodas, fruit juice and other fructose-sweetened foods and drinks as well.

Unlike glucose, which can be used by virtually every cell in your body, fructose can only be metabolized by your liver, because your liver is the only organ that has the transporter for it.

Since all fructose gets shuttled to your liver, and, if you eat a typical Western-style diet, you consume high amounts of it, fructose ends up taxing and damaging your liver in the same way alcohol and other toxins do. In fact, fructose is virtually identical to alcohol with regard to the metabolic havoc it wreaks.

According to Dr. Lustig, Professor of Pediatrics in the Division of Endocrinology at the University of California, fructose is a “chronic, dose-dependent liver toxin.” And just like alcohol, fructose is metabolized directly into fat – not cellular energy, like glucose.

He discussed this topic in the video above, but after the video was produced his paper on the topic was published in the Journal of the Academy of Nutrition and Dietetics,1 Dr. Lustig explains the three similarities between fructose and its fermentation byproduct, ethanol (alcohol):

“Thus, fructose induces alterations in both hepatic [liver] metabolism and central nervous system energy signaling, leading to a ‘vicious cycle’ of excessive consumption and disease consistent with metabolic syndrome. On a societal level, the treatment of fructose as a commodity exhibits market similarities to ethanol. Analogous to ethanol, societal efforts to reduce fructose consumption will likely be necessary to combat the obesity epidemic.”

After consuming an alcoholic beverage, 10 percent of the ethanol gets broken down by the stomach and intestine as a “first pass” effect, and another 10 percent is metabolized by your brain and other organs. The fact that ethanol is partially metabolized in your brain is the reason you experience that familiar “buzz.”

The remaining 80 percent hits your liver, where it must be broken down. This metabolic cascade can be summarized as follows: Ethanol Metabolism

In nearly every way, fructose is metabolized the same way as ethanol, creating the same cascade of damaging effects in your body. When you consume fructose, 100 percent of it goes directly to your liver to be metabolized. This is why it is a hepatotoxin when consumed excessively – it overloads your liver. Fructose metabolism creates the following adverse effects:

Dr. Lustig uses the term “liver toxin” to describe fructose, but he’s also careful to note that it’s not fructose per se that is toxic. There are instances when your body can use it, e.g. post-workout or fasting-induced glycogen depletion. The problem is that most people consume so much of it that it turns toxic by virtue of the fact that your body cannot use the excess. It simply gets shuttled into your cells and stored as fat. So it’s the massive doses you’re exposed to that make it dangerous.

When you compare the health outcomes of fructose versus alcohol consumption, you end up seeing a very familiar pattern – the diseases they cause are virtually identical!

In reality the scientific literature shows that fructose may be far worse than ethanol in its wide-ranging negative impact on human health. There are at least 70 adverse health conditions that have been linked to fructose consumption beyond those eight listed above.

Fructose and ethanol both have immediate, narcotic effects associated with their dopaminergic properties. In the same way that alcohol can lead to the downward spiral of compulsive overconsumption, fructose tends to generate an insatiable and intense sensation of pleasurable sweetness, often driving us to consume far more than our body can handle; even while it damages multiple organ systems, some Americans consume over a pound of the substance a day, seemingly incapable of recognizing how in exchange for its narcotic-like effects it dramatically reduces both the quality and length of the human lifespan.

Perhaps there is a deeper biological reason behind this devastating fructose fixation? Indeed, in addition to fructose’s dopamine modulating activity there appears to be a fructose-opiate connection embedded deeply within mammalian biology, and which has been the subject of scientific investigation since the late 80’s.

A study published in the European Journal of Pharmacology in 1988 found that both glucose and fructose were capable of antagonizing morphine-induced pain killing effects, likely due to the direct opioid effects of these sugars or their metabolic byproducts on the central nervous system.3 In fact, the researchers found that fructose was more potent than glucose in accomplishing these effects. Could fructose addiction therefore be even stronger than alcohol? For those who are on the fence about this issue, and still consume large amounts daily, perhaps the best way to find out is trying to remove it entirely and seeing if you go through withdrawal symptoms.

The American Cancer Society’s advocacy affiliate has asked the U.S. Surgeon General to complete an “unbiased and comprehensive report on the impact of sugar-sweetened beverages…”

Fructose consumed at this dose our ancestors did, about 15 grams a day, appears to be harmless (unless you suffer from high uric acid levels). However, at nearly fives times that amount, which is what the average American consumes, it becomes a major contributor to obesity and nearly all chronic degenerative diseases. Instead of consisting of 55 percent fructose and 45 percent glucose, many soda brands, including Coke, Pepsi and Sprite, contain as much as 65 percent fructose, nearly 20 percent higher than originally believed.

According to one study, the mean fructose content of all 23 sodas tested was 59 percent – higher than claimed by the industry.4 And several major brands contained HFCS that is 65% fructose. When you consider that Americans drink up to 57 gallons of soda per year,5 this difference in actual fructose content could make a huge difference in your health.

Either way, the call for an unbiased look into what these drinks are really doing to public health is long overdue, especially considering the research that’s already been conducted:

How Much Fructose is Too Much?

When it comes to alcohol, I generally define “moderate” alcohol intake (which is allowed in the beginner phase of my nutrition plan) as a 5-ounce glass of wine, a 12-ounce beer or 1 ounce of hard liquor with a meal, per day. As you progress further, I do recommend eliminating all forms of alcohol.

As for fructose, if you want to shed excess pounds and maintain a healthy weight long-term, and radically reduce (and in many cases virtually eliminate) your risk of diabetes, heart disease and cancer, then start getting serious about restricting your consumption of fructose to no more than 25 grams per day. If you’re already overweight, or have any of these diseases or are at high risk of any of them, then you’re probably better off cutting that down to 10-15 grams per day.

Fructose is a staple ingredient in the vast majority of sweetened beverages and processed foods of all kinds, from pre-packaged meals to baked goods and condiments. So the easiest way to keep tabs on your fructose consumption is to ditch processed foods from your diet whenever possible. In the event you want an occasional sweetener, do not resort to artificial sweeteners.

Instead, I recommend using:

And remember, switching to the following “natural” sweeteners will NOT eliminate any of the risks of fructose consumption, as they all contain HIGH amounts of fructose:

What is the Secret Key that Turns Your Fat Switch On or Off?

Humans are genetically programmed to seek energy-dense foods, which served us thousands of years ago when food was scarce. However, this is maladaptive in today’s environment of readily available cheap, high-calorie but nutritionally bankrupt foods.

The standard American diet has tripped your “fat switch,” as Dr. Johnson discusses in his new book. Contrary to popular belief, it’s not the amount of calories and exercise that determine your weight. Once you understand how fructose-rich foods activate your body’s “fat switch,” you can finally say good-bye to your nagging weight problems. 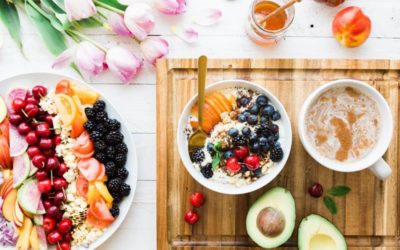 Why fad diets and weight loss gimmicks don’t work: Incomplete nutrition • Fad diets usually restrict one important macronutrient: carbohydrates, fats, or protein. The problem is that for a well balanced healthy diet all of those macronutrients are required. Protein is...

END_OF_DOCUMENT_TOKEN_TO_BE_REPLACED 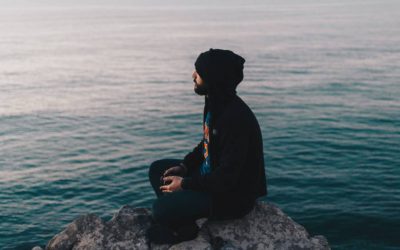 The Other Forms of Healthy Living

There are other aspects of a healthy life besides a nutritional diet and daily exercise.  Sometimes we overlook these areas when we try to become healthy.  Health is a comprehensive term and cannot be used to just describe one aspect of your body or life.  There is...

END_OF_DOCUMENT_TOKEN_TO_BE_REPLACED 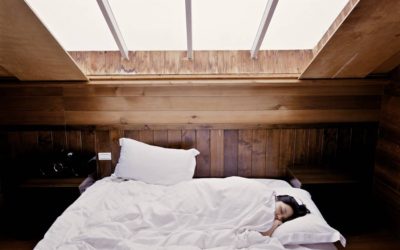