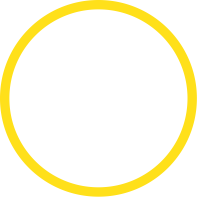 Trigenics is a neuro-kinetic, sensorimotor assessment, treatment and training system, which instantly relieves pain and increases strength and movement. Trigenics is a “multimodal” treatment. This means that Trigenics is unique in that it combines a number of different treatment “techniques” which are applied at the same time to gain a much greater effect than that which would be achieved by only applying one. Trigenics, itself, is not a treatment technique. It is a total full body assessment and treatment “system”.

the three components of trigenics

The patient performs exercise movements which are resisted either by the doctor/therapist or with the use of devices or equipment. (Devices are available which measure applied muscle force.) If exercise equipment is used, different loads are used for different muscles and body types. These force-specific resisted movement patterns are designed to cause augmented firing of reflex nerve impulses from the muscles to the brain. (“Myoneural’)

The doctor/therapist directly treats the muscle with deformative traction or vibratory techniques in such a way as to stimulate increased firing of the the nerve-sensors which monitor movement and feeling. The treatment is applied to the muscles, tendons or ligaments by the doctor/therapist using their hands or a variety of treatment devices .This type of soft tissue treatment also causes augmented firing of up-going impulses to the brain.

The patient is required to perform concentrative focused breathing while the doctor/therapist provides verbal feedback as to how the patient can enhance the neurological effect of their movements so as to enhance the treatment response and outcome. Neurologists refer to this therapeutic procedural concept as “biofeedback”

During a Trigenics treatment, the doctor or therapist applies treatment to the muscle nerve-sensors while the patient performs specific resisted movement and breathing exercises. Trigenics is unique in that it is able to help identify these abnormal muscle signalling patterns using specific and simple muscle strength and length testing procedures and myoneural mapping. As well it provides innovative corrective nerve sensor treatment and training procedures using advanced principles in muscle neurology and neuroplasticity.

Your brain sends signals throughout your nervous system through all parts of your body including your muscles. When tendons, muscle or ligaments suffer dammage, stress or injury their nerve sensors (aka proprioceptors) stop sending proper messages to the brain (known as neurological inhibition, “NI”) causing the sensation of pain. “NI” may not always be immediately noticeable, but the brain eventually then sends improper controlling signals and the muscles and tendons experiences a state of neurological dysfunction, leading to weak links and abnormal muscle pull patterns in the movement chain causing imbalances and dysfunctional joint motion. This results in chronic pain and injury or decreased training and athletic performance. Patients are interactive participants rather than passive recipients in the treatment process. Trigenics is widely versatile in its applications and patient base. Clinical evidence and multiple case studies by graduates of the Trigenics program indicate that, with successive treatments, the enhanced effects are sustained, cumulative, and augmentative. Trigenics has also been developed to include a complete neurological exercise, fitness and self-care system.

THE BASIC FACTS OF TRIGENICS

Trigenics is safe and non-forceful.

Trigenics® can be applied to sensitive areas (neck, jaw…) and can be used to benefit elderly patients, as well as infants and children.

Patients are interactive participants in their treatment procedures.

Trigenics can accomplish more in less time and the results last longer.

In most cases you will get measurable results on you first visit no matter how long you have had your condition or how many doctors/therapists you have previously seen.

EFFECTS AND BENEFITS OF TRIGENICS

Trigenics has the effect of essentially “tricking” the brain into literally resetting the way it communicates with the body. Much like “resetting” a computer which is frozen or behaving badly. This effect is instantaneous and sustainable.

From a patient perspective, the experience of receiving a treatment will be quite remarkable. It is often hard for the patient to believe that they feel so much better so quickly when seemingly so little will appear to have been done. This is especially true in cases where the patient has been suffering for months or years and nothing else has given them any or as much relief. It is not uncommon for the patient to drop their jaw in amazement, after a 5-minute treatment, as they reach for their tennis elbow or frozen shoulder and realize that there is finally relief from their pain.

Documented and clinically evident is how applications of Trigenics® instantly and significantly strengthens abnormally weak muscles. An “abnormal” weak muscle is found by conduction muscle strength tests and comparing sides. Affected muscles which are inhibited neurologically will be much weaker on the side of involvement when tested. Trigenics myoneural treatment applied to a neurologically inhibited muscle will restore functional neurology and strength within seconds through a process referred to as “neuroplasticity.” A recent study showed that there was an average of about a 40% increase in muscle strength within one short treatment (2 minutes).

Clinical evidence has clearly indicated that only one Trigenics treatment performed on a healthy muscle seems to optimize its function. For instance, in an informal trial of athletic performance using Trigenics performance enhancement techniques, speed skaters treated with Trigenics showed marked improvement in their lap times

INCREASED MOVEMENT AND RANGE OF MOTION

Patients invariably find themselves repetitively moving the joint or body part that has been restricted for so long as they realize that a significant amount of movement has been restored. All muscles traverse joints. Because Trigenics® effectively relax muscles holding the joints and because the joints are simultaneously being moved during the treatment, a great deal of lost motion is often restored.

Dramatic, immediate increases in range of motion are observed following Trigenics treatments. It stands to reason that, if a Trigenics treatment effectively dissipates contracture of the muscles holding and traversing the joint, the joint would experience more freedom in its mobility.

One of the responses, which can also be quite dramatic, is seen when a patient receiving treatment suddenly begins to cry or laugh. This is often quite overt and uncontrollable. When this occurs it is followed by a great sense of calm and overall relaxation. This response is extremely positive but the patient must be forewarned of the possibility prior to commencing treatment. It is believed that this response will occur when muscles that have stored negative emotions reflexively release and relax.